Long layovers can be incredibly tiring. And if you’ve got nothing to do to pass the time, you may find yourself bored or even restless. But if you happen to be staying at Changi Airport, you’re in luck, as you’ll have lots to check out.

Indeed, this airport has earned a reputation for being a tourist attraction all its own, as it’s home to various attractions and establishments. Here, you won’t run out of things to do, whether that’s getting some Changi Airport shopping done or eating a scrumptious meal. Instead, you’ll be wondering where you should start.

Read on below for a few suggestions of what you can do if you’ll be spending a while at Changi Airport:

Once you get off the plane, you may be thinking about lying down on the chairs at the airport terminal’s waiting areas to get some rest. While that works fine for a quick nap, you may end up having to sleep in an uncomfortable position. This, in turn, may cause you to wake up with lots of body pain. Instead of settling for sleeping on the chairs, why not treat yourself to a nice room at YOTELAIR instead?

If you’re feeling particularly indulgent, you can book yourself a cabin with a queen-sized bed so you don’t have to sleep in a cramped, confined space. Each room is also equipped with a luxurious rain shower so you can freshen yourself up after a long flight. Additionally, YOTELAIR rooms also come with fast Wi-Fi connections. If you’ve got your gadgets with you, you can either get some work done or stream some movies to pass the time.

Go for a stroll in Shiseido Forest Valley

Because most airline cabins can be quite cramped, you don’t really get to move around much during a flight. Unfortunately, long periods of inactivity can negatively impact the blood circulation in your legs, which can lead to all sorts of health issues.

As such, it’s a good idea to get some exercise in after getting off your flight and while waiting for your next one. While you could always do this by walking around the airport, why not go sightseeing at one of the airport’s many indoor parks instead?

A great place to start is the Shiseido Forest Valley, an indoor garden that’s home to over 900 trees and palms as well as around 60,000 shrubberies. Not only can walking around the garden get your blood pumping, but the gorgeous sceneries are also sure to invigorate your spirit.

Satisfy your hunger or cravings

If you’ll be spending several hours waiting for your next flight, make sure you don’t skip any of your regular meals. Otherwise, you may find yourself feeling extremely weak or even unwell on your next flight.

Luckily for you, Changi Airport is home to over a hundred dining establishments, so you won’t have any shortage of options for your next meal. In fact, 155 restaurants are scattered all over the airport’s three terminals as well as Jewel Changi Airport’s various levels.

Want to get a taste of Singaporean street food? Head on over to the Food Republic, located on the B2 level of Jewel. There, you can sample some of the best hawker and restaurant dishes in the city-state.

Visit Changi Experience Studio to learn more about the airport

If it’s your first time at Changi Airport, you’ll definitely want to check out the Changi Experience Studio at Jewel. This is a digital exhibit that features interactive displays to help guests learn more about the airport. The studio also provides its visitors with a handful of fun airport-themed activities to enjoy. As you find yourself immersed in the studio’s offerings, you won’t even notice time passing by.

The first area you’ll step into is called Cloud, a nearly all-white minimalist space that teaches you how to use the travel guide you’re provided with. Once you’re done, you’ll then head into the Time Tunnel, a place filled with digital displays detailing the airport’s history as well as its various milestones.

In addition to its dazzling displays, the studio also has more interactive attractions like the Amazing Runway. Here, you can ride on futuristic-looking stationary bikes to recreate the historic Changi Airport race. The studio is also home to the Sky Deck, an area that mimics the appearance of an airport control room.

Keeping yourself occupied isn’t a problem if you’re in Changi Airport, as there’s so much to see and do in the area. Whether you just want to relax at a cushy airport hotel or experience what it’s like to be in an interactive virtual studio, you can definitely make the most of your time here while waiting for your next flight. The best part is that you can enjoy and experience some of what Singapore has to offer without ever having to step outside the airport. 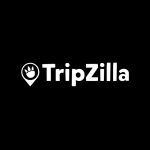